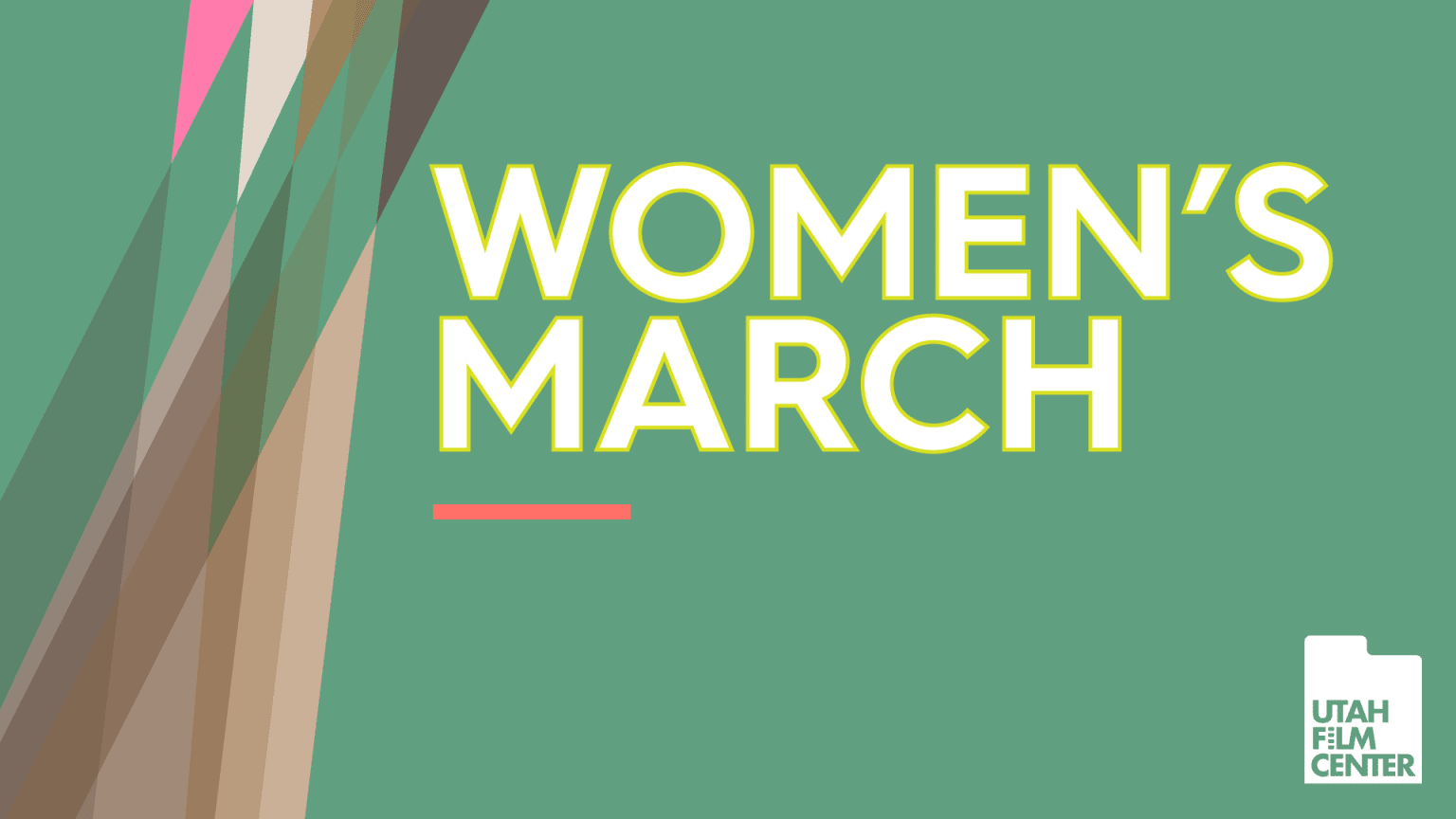 Utah Film Center Shines A Light On Women Throughout March

“Fight for the things that you care about, but do it in a way that will lead others to join you.”
– Supreme Court Justice, Ruth Bader Ginsberg

One woman featured needs no introduction as she earned the nickname “Notorious”, set fashion trends with her dissent collar, could do more pushups than anyone in her age bracket and famously declared that there will be enough women on the supreme court ‘when there are nine.’  Utah Film Center will honor Supreme Court Justice Ruth Bader Ginsberg the day after what would be her 88th birthday.

As for the other women, many are unsung heroes who use their voice, grit and determination to lead important movements for change. The Sisters of the Immaculate Heart of Mary bravely stood up to the patriarchy of the Catholic Church.  Indigenous women of Standing Rock risked their lives to protect their ancient burial and prayer sites. Afghani native Laila Haidari brought hope and the Narcotics Anonymous program to victims of the global addiction epidemic.

These seemingly ordinary women take extraordinary steps to empower future generations to live without limits.  Audiences are invited to learn more about the women behind the acts of selflessness and bravery in these films and join a post film discussion.

End Of The Line: The Women of Standing Rock directed by Shannon Kring
March 2 at 7:00 PM MST
This is the incredible story of a small group of indigenous women who risk their lives to stop the $3.8 billion Dakota Access oil pipeline construction that desecrated their ancient burial and prayer sites and threatens their land, water, and very existence. When the population of their peaceful protest camp exceeds 10,000, the women unwittingly find themselves the leaders of a global movement.

Ahead of the Curve directed by Jen Rainin and Rivkah Beth Medow
March 9 at 7:00 PM MST
Ahead of the Curve is the story of one of the most influential women in lesbian history you’ve never heard of and the impact her work continues to have today. Growing up, Franco Stevens never saw any representation of queer women—she didn’t even know it was possible for a woman to be gay. When she realized she was a lesbian, it changed the course of her life.

Ruth: Justice Ginsburg in Her Own Words directed by Freida Lee Mock
March 16 at 7:00 PM MST through March 17
How does a person with three strikes against her rise to the highest court in the land, the U.S. Supreme Court How did this happen despite closed doors and legal and social barriers facing Ruth Bader Ginsburg in the 1950s? Who made this possible? What personal, social, and political forces intersected to make this happen? The film RUTH: Justice Ginsburg In Her Own Words seeks to answer these questions by taking an intimate look at the prolific Justice and her incredible rise to the U.S. Supreme Court.

Rebel Hearts by Pedro Kos
March 23 at 7:00 PM MST
In 1960s Los Angeles a trailblazing group of nuns, The Sisters of the Immaculate Heart of Mary, bravely stood up to the patriarchy of the Catholic Church, fighting for equality, their livelihoods, and their own freedom against an all-powerful Cardinal who sought to keep them in their place. Their bold acts of faith, defiance, and activism turned the Church upside down, helping to reshape our society in ways that continue to resonate today. From marching in Selma in 1965 to the Women’s March in 2018, they challenged the notion of what a nun and a woman were supposed to be.

Picture a Scientist by Ian Cheney & Sharon Shattuck
March 24 at 7:00 PM MST
Today, women make up less than one-quarter of all those employed in STEM occupations in the United States. These numbers are much worse for women of color: Asian, black women, and Latinas made up slightly less than 10% of working scientists and engineers in the United States in 2015. Science is supposed to be built on objectivity, and yet, most researchers agree that these bleak numbers are evidence of deep bias. Over the course of careers, small slights add up to prevent many women from achieving leadership positions in STEM fields. And sometimes, tragically, brilliant women drop out altogether. But now, the terrain is shifting. This film chronicles the groundswell of women scientists who are changing the face of science in the United States and around the world. Using dogged research techniques and careful data collection, these women are not only contributing to our understanding of what keeps women scientists down, but advocating for a more diverse and inclusive future for all.

Laila at the Bridge directed by Elizabeth Mirzaei and Gulistan Mirzaei
March 30 at 7:00 PM MST
Laila Haidari survived child marriage and her own traumatic past to battle one of the deadliest problems in Afghanistan: heroin addiction. As the “mother of the addicts,” she must prevail over a crisis of addiction and a corrupt government in a country on the verge of collapse.