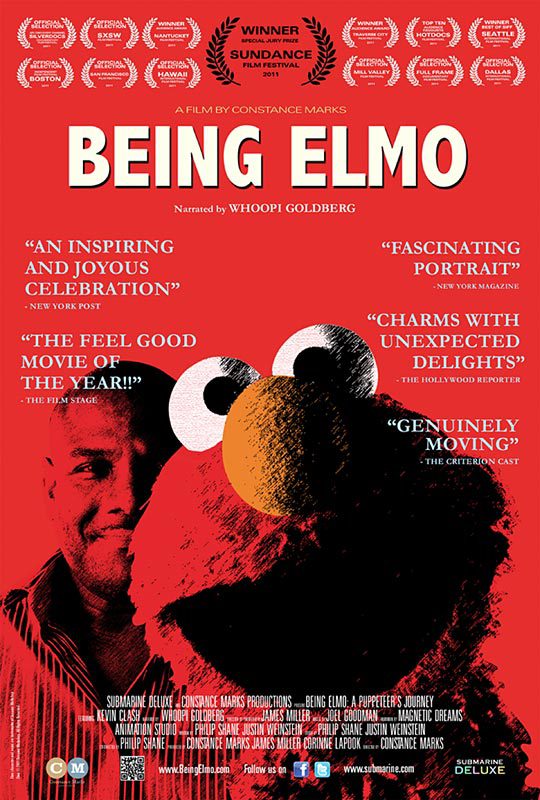 BEING ELMO: A Puppeteer’s Journey

Beloved by children of all ages around the world, Elmo is an international icon. Few people know his creator, Kevin Clash, who dreamed of working with his idol, master puppeteer Jim Henson. Displaying his creativity and talent at a young age, Kevin ultimately found a home on Sesame Street. Narrated by Whoopi Goldberg, this documentary includes rare archival footage, interviews with Frank Oz, Rosie O’Donnell, Cheryl Henson, Joan Ganz Cooney and others and offers a behind-the-scenes look at Sesame Street and the Jim Henson Workshop.

“GRADE A! A MARVELOUS MOVIE! It’s a documentary about Kevin Clash, who became the voice and operator of Elmo, the tomato-red fur ball and emissary of hugs who is without a doubt the most beloved Muppet of his time.”
– Owen Gleiberman, ENTERTAINMENT WEEKLY

“[ONE OF THE FIVE BEST INDIE MOVIES TO SEE THIS MONTH] REMARKABLE…a heartwarming story of how one person realized his dream, and made significant sacrifices along the way.”
– Leonard Maltin, THE HUFFINGTON POST

“CRITICS’ PICK! A winning tale of the persistence and creativity behind one of the most famous and fuzziest faces in the world.”
– Neil Genzlinger, THE NEW YORK TIMES

“TOUCHING! Should you be looking for a feel-good film this weekend, you can’t do much better than Constance Marks’ sweet documentary Being Elmo.”
– Moira Macdonald, THE SEATTLE TIMES