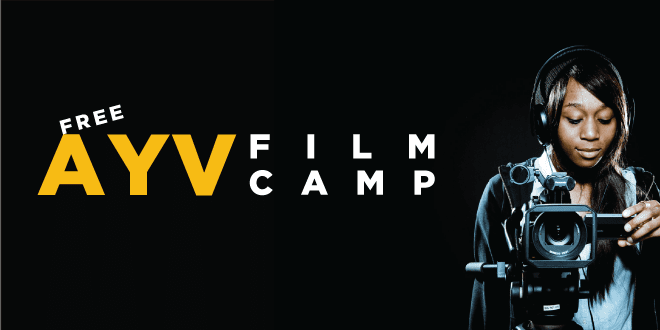 ASPIRING FILMMAKERS! Join us for a FREE 5-week film camp where you’ll work with other teens ages 15–19 to create a short documentary film to tell your stories to the world!

You’ll use professional equipment, be surrounded by other students who love the same things you do and be taught by mentors who not only work in the field they teach but who also care about you and your vision.

During the camp, you’ll learn story and shooting techniques, Adobe Premiere editing software and finally, see your film premiere on the big screen at the 2015 Film Festival For Teens on April 25 in Salt Lake City, UT at the Salt Lake Public Library.

All necessary equipment will be provided — all you need to do is make sure you can make the dates listed below.

Applications are due by Friday, February 20.