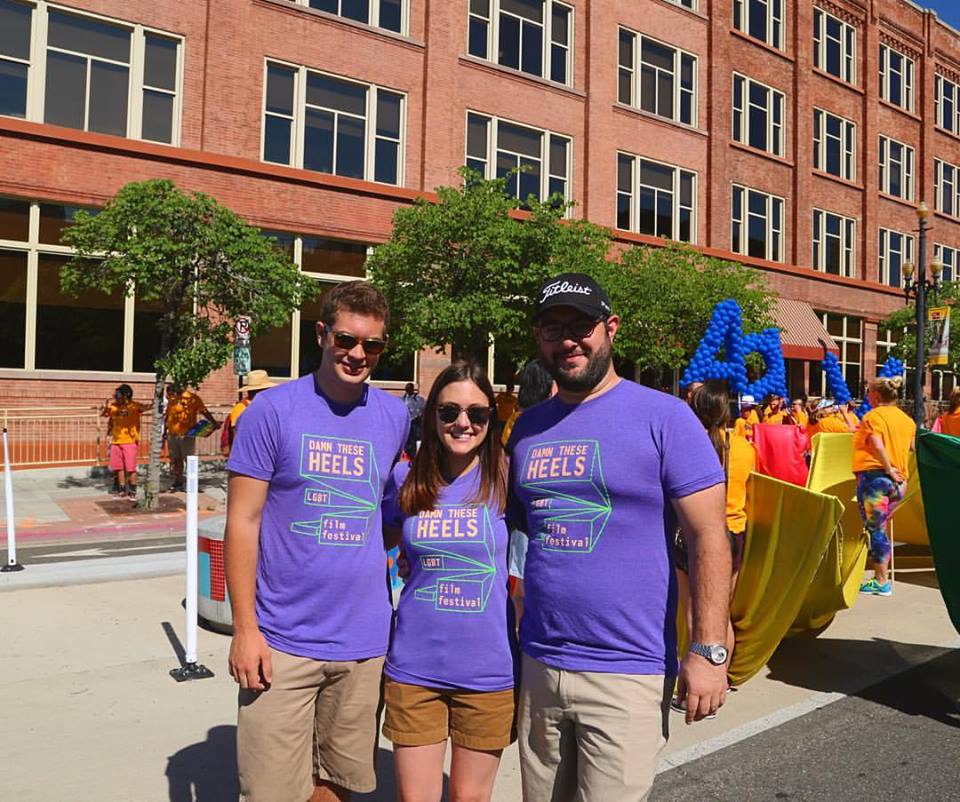 From Film Lover to Staff Member

I am one of the newer staff members at Utah Film Center, but from early on I knew I was a part of something amazing.

I have always loved film. From a young age I would watch films, over and over again, begging to make several trips a week to Olympic Video Rental, my poor parents. To get lost in a story was thrilling. Growing up in Los Angeles I was likely most fascinated with the glitz and glamour of film–the beautiful actors, the hero saving the damsel, Will Smith defeating the aliens, Butch and Sundance going out guns blazing. Yet, as I grew I came to appreciate the storytelling and production processes. As a college student I found a way to pair a film minor with my business degree and after graduating took a production position on several documentary films. Moving back to Utah, I attended many Utah Film Center screenings and was impressed with their programming, work in the community, and support of documentary films as fiscal sponsors. Their work felt like you were receiving something uniquely special in the form of a screening, Q&A with filmmakers, and by attending either of their film festivals.

I was grateful for the opportunity to be considered for a position at Utah Film Center in the fall of 2014. I was eager to stay in film and to learn about their work. Initially, it was difficult. I was unsure of my exact role, as I was hired part time while I continued to work for a documentary film through its Sundance premiere. I was not entirely confident in how my role was valued, but I continued to pursue any work given to me in the hopes that this would be a lasting position. As I transitioned into a full time employee I found my place and fit right in with the staff as someone who values film as a platform for greater discussion in our community and storytelling. As a nonprofit we all wear many hats, but it is never lost on me how collectively enthusiastic, adaptable, and passionate the staff is.

On March 29th I woke up to a text message from Mariah, our always positive, always smiling Mariah. The message said, “Have you seen the news?” Those are never good words. She explained there had been a fire and staff was gathering at our neighborhood Starbucks. I quickly got dressed, grabbed my bags and headed out. As I walked to Starbucks a smoky smell filled the air. It hadn’t crossed my mind until that point that we might not be going back or that we may not be able to continue the work we all loved. At that moment I felt silly wearing loafers and carrying my laptop bag, like I was headed to work, because I was not. At Starbucks, staff members were huddled around tables wearing worried, sleepless looks. Everyone wondered what the next steps would be and how they could help. No one said anything. There wasn’t anything anyone could do. We just had to wait. Within a few minutes we were allowed to enter the office through the back entrance. If the fire was in the front then surely everything in the back was going to be unharmed. That hope was gone as soon as we entered. The first thing I saw was our white walls were now black. I knew then we would not be returning to our 122 South Main Street.

I got out of there pretty quickly because there was nothing to be saved that wasn’t twisted, melted, wet, or covered in soot, not to mention that the floors were still warm from the flames as I walked around. I hugged some staff members standing in the parking lot and left. I just drove around for about 30 minutes. I wasn’t sure where to go, what to do. I thought, “I want to work.” I want to go to work. I want to see my co-workers and go about our workday to bring independent film to Utah.

Later that evening we had a screening at the library. As I set up our table, everything smelled of smoke, including ourselves, which Patrick Hubley and I chuckled about because there was nothing else to say about it. I love working screenings. It reinvigorates my love for my work because you see the community that you are serving in action. You get to share in the moment when everyone collectively shuts off of the outside world and comes together to watch a film. There are always comments, post-screening “thank yous,” and those who want to discuss the film. This is what makes what we do special. We are bringing film, stories, and important subject matter to an audience who wants it and may not have access to it otherwise.

This fire did not claim victory over us even though it took the majority of our material things. Nor could it, or anyone or anything, take the spirit of our work and the drive of our staff. Once we were able to process the damage and necessary next steps we hit the ground running and never looked back. I have learned so much from my time working at this organization, but my biggest takeaway from what happened post-fire was that there are no challenges, only opportunities. We have had the opportunity to value our time together, to share our organization’s mission with those who may have been unfamiliar, and the community has recognized our value and has shown they care through messages, donations, volunteer work, space offers, food, furniture, computers, and positive words. We are not going anywhere! That said, I hope we can reestablish working together, side-by-side everyday soon. Our work would not be possible without the brilliant filmmakers, generous donors, and loyal patrons that support us every day–thank you! Our staff will continue to keep all things in motion, I know this to be true. They are my people and I look forward to continuing my work with them to execute Utah Film Center’s purpose to inspire and engage through the power of film.