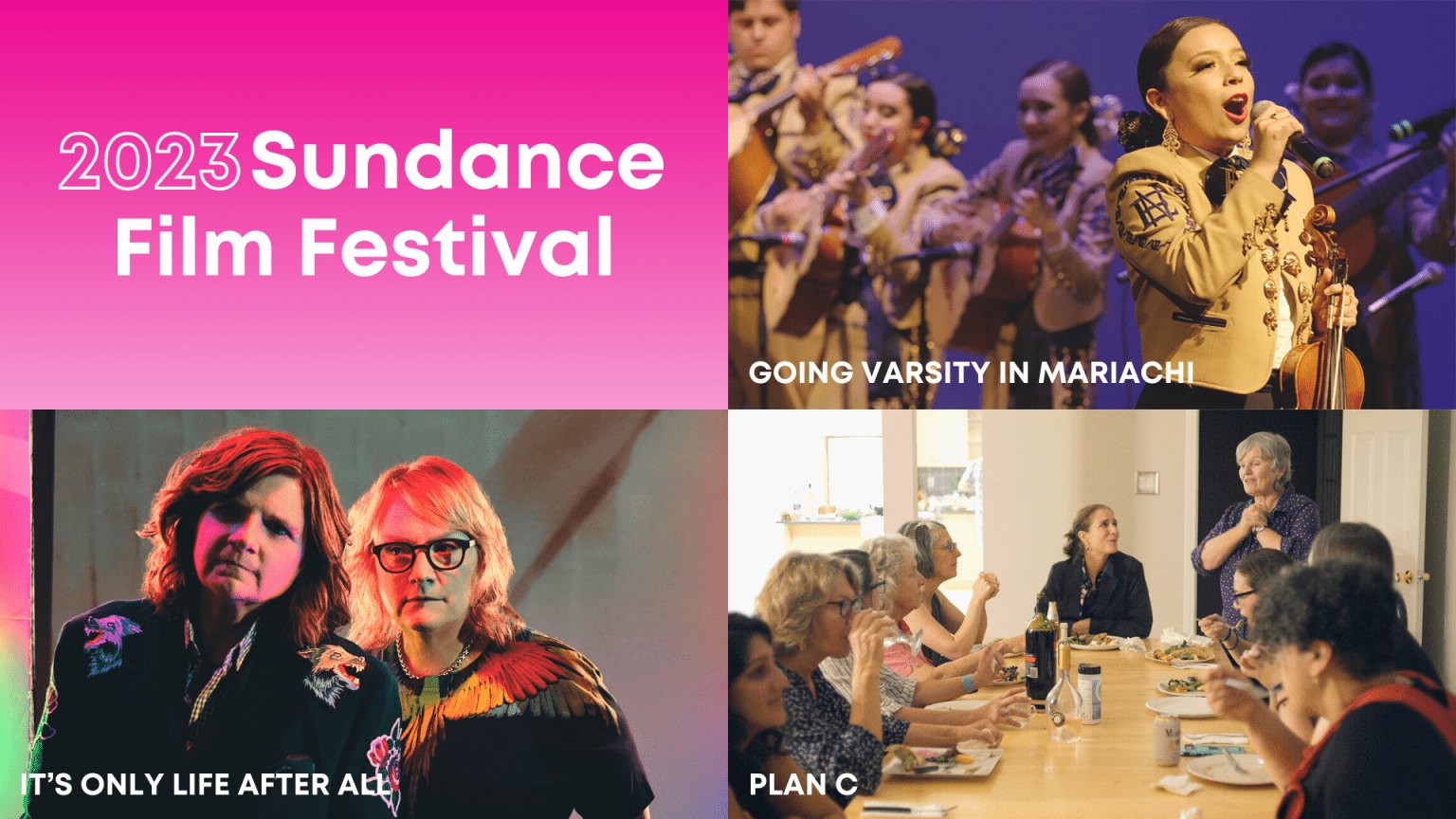 As the 2023 Sundance Film Festival embarks on an expanded hybrid format, this year is sure to impress with almost 16,000 film entries – making it the most competitive year in Sundance’s history. The 110 feature films chosen showcase a global perspective and diverse stories, with over 28 countries represented and 36% being first-time filmmakers.

Among the incredibly brilliant competition, Utah Film Center is delighted to announce that three projects supported by our non-profit organization through Fiscal Sponsorship, programmed by us, or produced by our Co-Founder and Board Chair Geralyn White Dreyfous have been chosen in the feature film selection and will be screened at Sundance Film Festival 2023.

Films to be on the lookout for:

A hidden grassroots organization doggedly fights to expand access to abortion pills across the United States, keeping hope alive during a global pandemic and fall of Roe v. Wade.

In the competitive world of high school mariachi, the musicians from the South Texas borderlands reign supreme. Under the guidance of coach Abel Acuña, the teenage captains of Edinburg North High School’s acclaimed team must turn a shoestring budget and diverse crew of inexperienced musicians into state champions.

It’s Only Life After All

We look forward to getting out and enjoying the festival experience this January showcasing a spectacular collection of independent films and gathering with fellow film lovers alike.