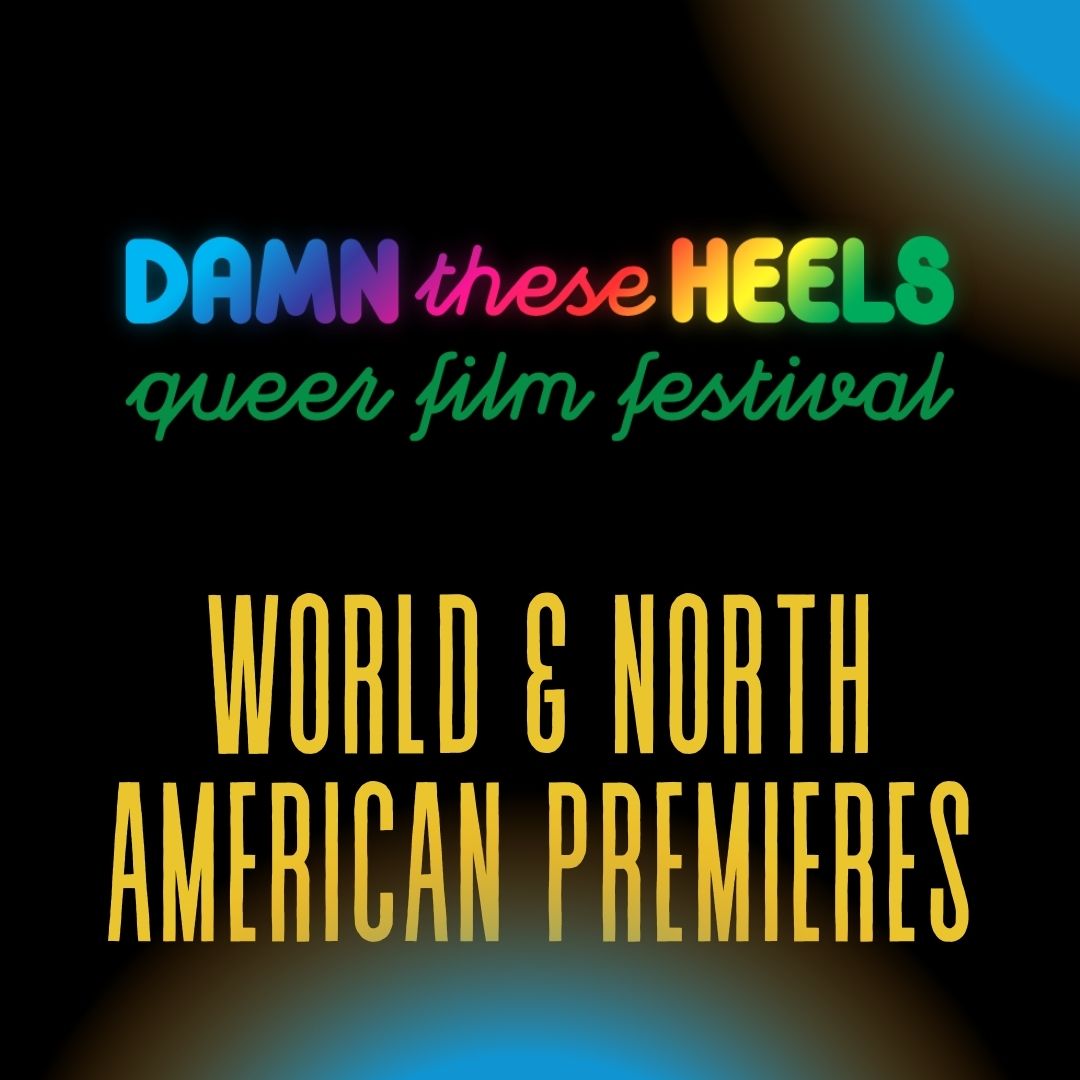 Damn These Heels 2021 Off Screen Events

Damn These Heels Director of Programming, Ash Hoyle, said, “Our community is the heart and soul of Damn These Heels and we look forward to connecting in so many different  ways over the course of the Festival. Our off screen events will offer new points of entry for festival goers, provide chances to celebrate our resilience, and share our myriad perspectives.”

Damn These Heels Drag Show, Presented By Quorum of the Queens
Friday, July 9
Join us for a fabulous drive-in drag show hosted by Madazon Can-Can and featuring Ivy Dior Stephens, Sequoia, Kay Bye, & Toodles. Performers will sashay under the stars making a big statement to defy norms, celebrate drag’s rich history and unfurl their power of artistic expression. The show is a family friendly, all ages performance. DJ Mr. Gizmoe (Zachary Alonzo) will keep the show moving and energy high with pop, dance and electronic music.

Audiences are encouraged to come early to drag out your car and amplify the pride vibes using fabulous recycled materials from Clever Octopus.

Kick Off Your Heels, Community Conversations
Monday, July 12 and Thursday, July 15
Meet up virtually with Damn These Heels programmers and fellow festival attendees to discuss ideas, themes, festival films, or whatever is on your mind, from the comfort of home. The informal discussion will be kicked off by a host and attendees are welcome to break out into different rooms to explore topics of interest. While there is no substitute for the buzz of a movie theater lobby following a great screening, this informal film chat will strengthen community connections near and far until we can all gather again. Damn These Heels Programming Committee members Cat Palmer (with special guest Moudi Sbeity from Laziz) and Derrek Wall will lead the discussions over Zoom.

Utah LGBTQIA Shorts Program
Tuesday, July 13 at 7 PM MT
Celebrate Utah stories and home-grown filmmakers in this local short film program. Each short film will include a video introduction from the filmmaker. Films in the program include:

Church and the Fourth Estate by Brian Knappenberger
When a reporter uncovers a file that reveals a shocking series of child-abuse allegations in Idaho’s Boy Scouts, the investigation rattles a tight-knit community and implicates the Mormon Church.

Fig. Undefined by Hugo Vaca
The title Fig. Undefined is a nod to the uncertainty of knowing when the LGBTQ+ community will be able to live without discrimination as well as the unknown countless moments of suffering that will result from conversion therapy or similar practices.

The Second Closet by Ali Akbari
A gay man with disability navigates dating in Salt Lake City, but through his not-so-halal escapades, he realizes what is truly missing in his life.

The Secrets We Keep (Los Secretos que Guardamos) by Armando Lopez
A surprise visit from his parents forces a young man to deal with coming out to his parents or losing the man he loves in the process of keeping things hidden.

Theirs by Guillermo Ramos, Garrett Taylor, Alex Sotelo
A short documentary film that tells the coming of age story of a young Black and non-binary teenager in Utah.

Fresh Faces Panel
Wednesday, July 14
Join the directors of the World and North American Premiere titles as they launch their films at Damn These Heels. Hear these emerging talents speak to their process, their works, and to the futures of their film and filmmaking.

Live DJ set with Mr. Gizmoe (Zachary Alonzo)
Friday, July 16 at 8 PM
Kick off your heels, clear out the living room, and set your own mood for a FREE virtual DJ set!

Known for mixed-genre sets and shying away from traditional genres definitions, Mr. Gizmoe often combines organic and electronic sounds over driving beats to create a warm and lush soundscape. Reserve your spot.

About Damn These Heels: The longest running LGBTQ Film Festival in the Mountain West, Damn These Heels has presented more than 268 thought-provoking and entertaining films over the years. This popular festival has been fully embraced and supported by the Salt Lake City community because of its unique and cutting-edge programming. With festivals like Damn These Heels and other year-round screening programs, Utah Film Center continues to provide access to voices and stories that would otherwise be inaccessible for Utah audiences.

Damn These Heels 2021 is honored to have support from the Dancing Llama Foundation, Terrence Kearns Stephens Charitable Fund, The B. W. Bastian Foundation, Project Rainbow, and Decoo Academic Foundation.