In Your Classroom: Behind the Animation

The In Your (Virtual) Classroom program helps students develop the habits of inquiry and skills of expression to competently apply literacy skills to media and technology. Catering to Utah public school students, these interactive presentations are free of charge and can be booked at any time during the school year. This program is made possible by the generous support of our sponsors.

Behind the Animation is an introductory program that takes 3rd-8th grade students on a behind-the-scenes journey into the magical world of visual storytelling. Guided by a professional animator, this workshop will illuminate elements of visual storytelling with specific attention paid to the use of color, shapes, and facial expressions, and body language.

This 40-minute interactive Zoom presentation is designed for 3rd-8th graders.

All Behind the Animation sessions are booked for spring 2021. Please check back in late summer for fall dates.

The two programs below are on hiatus for the 2020/2021 School Year
Moving Stories: VR and AR in the Classroom 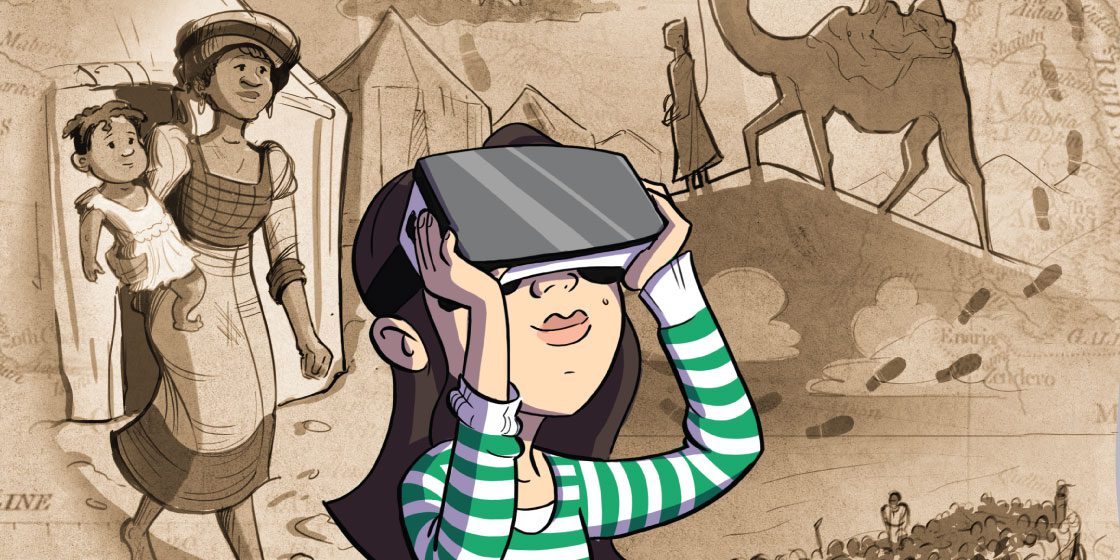 *This presentation uses Oculus Go headsets. Oculus recommends these headsets for ages 13+ due to the size of the headset and the spacing of the lenses.

We bring the latest in Virtual Reality (VR) and Augmented Reality (AR) to your classroom to show how these immersive technologies can be used to create impactful stories. Students will learn the differences and similarities between traditional films and VR films, both from a filmmaking and an audience standpoint. After watching a VR documentary filmed in a Syrian refugee camp, students will create AR content to delve into their own personal stories.

This 50-minute interactive presentation is designed for a single class of 6th – 12th graders, that does not exceed 26 students.

This program is on hiatus.

Real to Reel is a classroom presentation that explores various styles of documentary film. Students will learn to interpret intent, understand how filmmaking techniques affect our perception of the content, and apply criteria to demonstrate how these choices convey meaning to the audience.

This program is on hiatus.

Stay connected! Sign up for emails about educational resources at Utah Film Center.

About POPS
POPS (Professional Outreach Programs in the Schools) is an educational outreach program in the fine arts that provides a mechanism for Utah’s professional art organizations to assist in teaching the Utah’s fine art core curriculum in the public schools. Professional organizations match state revenues to support and enhance the delivery of art education through demonstrations, performances, presentations, and educational activities in the schools. The program ensures that each of the 41 school districts have the opportunity to receive services in a balanced and comprehensive manner over three years.